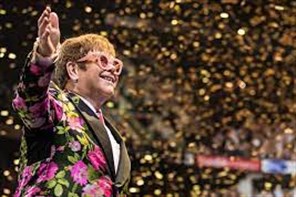 RETURN COACH ONLY SERVICE - ideal for those with tickets to see Elton John in concert 2022 at Ashton Gate Stadium, Bristol with pickups between Exeter to Bristol.

Plus, our coaches will park at the venue in the official coach park with a short walk to the entrance.

World-renowned and multi million-selling hitmaker. Words such as “icon” and “legend” are generally overused when it comes to musicians; Elton John is one of the few who has an indisputable claim to both. Over six decades, the man born Reginald Kenneth Dwight has shown an unparalleled ability to move with the times while remaining indelibly unique.

In June 2021, Elton John announced a huge UK stadium tour for June 2022, stopping off in Norwich, Swansea, Liverpool, Sunderland and Bristol between 15 and 29 June 2022.

Several years of sold-out tours but average reviews and record sales followed, until Too Low To Zero catapulted John back into the stratosphere in 1983. The single I’m Still Standing saw John become a fixture on MTV, while I Guess That’s Why They Call It The Blues became a Top 10 hit.

Despite the success, the '80s were a turbulent time for Elton John, between alcohol and drug addiction, struggles with bulimia and a marriage that was doomed to fail. Following a record-breaking stint at Madison Square Garden, John retreated from the spotlight again, re-emerging in 1991, rejuvenated and refocused. After founding the Elton John AIDS foundation, he returned to recording with 1992’s The One, his most commercially successful album since Blue Moves in 1976.

In 1994, John scored an Oscar for his theme from The Lion King, Can You Feel The Love Tonight, co-written with Tim Rice. However, his contribution to the ’90s was dominated by the death of his friend Princess Diana of Wales and John and Taupin’s rewritten version of Candle In The Wind, which John performed at her funeral and went on to become the fastest selling single of all time in both the US and the UK.

Elton John started the new millennium strongly with 2001’s Songs From The West Coast, his best-reviewed record since the ’70s. The singles I Want Love and This Train Don’t Stop There Anymore were in steady rotation on MTV, partly thanks to videos starring Robert Downey Jr and Justin Timberlake as Elton John proxies. The album was no flash in the pan, as John followed it with the equally well-received and commercially successful Peachtree Road.

Following a high-profile and lavishly theatrical residency at Caesars Palace, John returned to recording with two albums produced by the highly regarded producer and former Dylan sideman T-Bone Burnett. In 2018, he announced an extended farewell tour called Farewell Yellow Brick Road, the latter part of which was rescheduled to late 2021 due to the Coronavirus pandemic.

In 2019, Rocketman, a biopic of Elton John’s life starring Taron Egerton and directed by Dexter Fletcher, was released. John contributed a new song to the soundtrack, a duet with Egerton called (I’m Gonna) Love Me Again, which won another Oscar for Best Song. A huge career-spanning collection of B-sides and rarities called Jewel Box was released in 2020.