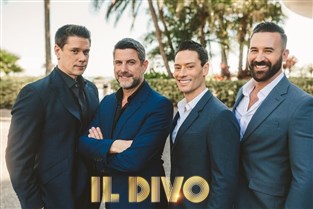 Il Divo will bring their festive tour to Arena Birmingham for Christmas 2022.

Classical cross-over group Il Divo will return to the UK in December 2022 for the Christmas With Il Divo tour.

Since then Il Divo have evolved into a pre-eminent tenor powerhouse vocal group with 160 gold and platinum albums in 33 countries to their credit and over 30 million albums sold.

They released their platinum-selling Christmas Collection studio album in 2005, selling over one million copies in the US alone. Next Christmas, Il Divo will be performing festive classics as well as their much-loved greatest hits creating the ultimate fan experience.