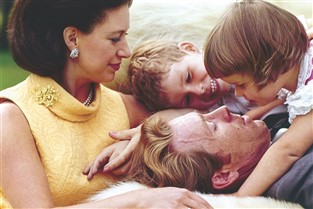 Visit this charming and much loved royal Palace and gardens which is now home to the young royals. On display in 2022 is the exhibition Life Through a Royal Lens.

Home of the young royals

Opening in 2022, Life Through a Royal Lens is a new exhibition exploring the Royal Family through photography and brings together some of the most iconic images ever taken of the Royal Family to Kensington Palace (4th March to 30th October 2022).

For almost 200 years the medium of photography has created an unprecedented intimacy between Sovereign and subjects. The new display explores the British Royal Family’s enduring relationship with the camera; from Queen Victoria and Prince Albert’s patronage of photography during its infancy to lesser known intimate family portraits, spanning from the 19th century right up until the present day.

Experience the impact of photographer Cecil Beaton – one of the great shapers of royal image in the twentieth century - and his work in redefining modern royal portraiture.

View stunning images of Her Majesty the Queen and Queen Elizabeth the Queen Mother, among Beaton’s most faithful sitters, to discover how his work influenced public perceptions of the royals.

There will be photographs from renowned photographers such as Rankin, Annie Leibovitz and Norman Parkinson. For the first time there will also be a selection of images taken by Royal Family members themselves, including the work of celebrated photographer and former resident of the Palace, Lord Snowdon, husband of Princess Margaret.

Kensington Gardens began life as a King's playground; for over 100 years, the gardens were part of Hyde Park and hosted Henry VIII's huge deer chase.

The garden is terraced with paving and ornamental flower beds, surrounding an ornamental pond with fountains formed from reused 18th century water cisterns retrieved from the palace. Today, the garden continues the tradition of rotational flower displays in the spring and summer. Vibrant colours and exotic planting are on display from April to October when the garden is looking its best.

In 2017 the sunken garden was completely re-planted in white flowers for visitors to reflect and celebrate the life of Princess Diana. It took inspiration from Princess Diana’s dresses along with the famous Mario Testino photographs of the Princess. The garden continues to follow this peaceful and pastel coloured style to this day which visitors admire and enjoy.

When William III and Mary II established the palace in 1689, they began to create a separate park. Mary commissioned a palace garden of formal flower beds and box hedges. This style was Dutch and designed to make William, who came from Holland, feel at home. The diarist, John Evelyn, described the gardens as 'very delicious'. On 2 September 1705 he wrote 'I was able to go take the aire, as far as Kensington, where I saw that house... & the plantation about it, to my great admiration and Refreshment...'. When Queen Anne came to the throne in 1702, she created an English-style garden. The Orangery was added in 1704, an elaborate greenhouse built in the style of an elegant palace to protect Anne's citrus trees from the harsh frosts of winter.

Anne also recognised the Orangery’s beautiful garden setting and graceful architecture made it a perfect venue for fashionable court entertaining away from the chaos of 'town'.

From 1728, Queen Caroline began to transform the 242 acres of Kensington Gardens into the park we know today. She created the Serpentine boating lake and the Long Water, as well as the Broad Walk and round pond. These are now in Kensington Gardens and looked after by The Royal Parks.