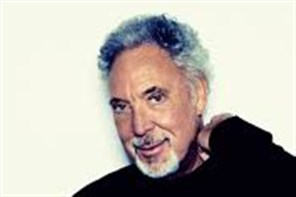 Tom Jones 50+ year career - a musical sensation since the 1960s. The Welsh rocker is responsible for smash hits like The Green Green Grass of Home, Delilah and What's New Pussycat?

All customers booked will AUTOMATICALLY be TRANSFERRED to these re-arranged date and receive revised paperwork by post.

The office is currently closed so please do not telephone until we re-open. When the office re-opens, we will be able to discuss with our ticket supplier in due course re-imbursement for those not wishing to attend the rescheduled concert. Thank you for your understanding and patience at this difficult time.

Tom Jones’ 50+ year career has remarkably gone from strength to strength. Along with sustaining his popularity as a live performer and recording artist for five decades, he garnered at the age of 75, the best reviews of his career for his most recent albums Long Lost Suitcase, Spirit In The Room and Praise & Blame. Critics across the world were unanimous in their approval and admiration for both the recorded work and the performance of it in concert.

2020 has seen the return of Sir Tom to prime time Saturday night TV, resuming his role of coach and mentor on ITV’s The Voice alongside fellow coaches will.i.am, Meghan Trainor and Olly Murs.

Sir Tom is indeed a living legend, one of the few musical artists whose profession began at the dawn of modern popular music who continues to have a vital recording and performing career to this day. His irresistible show traverses musical eras and genres, cuts across class divides and appeals to young and old, male and female, mainstream and cutting edge. Sir Tom has always been about the power of the song, the power of the voice.

Tom Jones has been a musical sensation since the 1960s. The Welsh rocker is responsible for smash hits like The Green Green Grass of Home, Delilah and What's New Pussycat? In recent years, Tom has reinvented himself, working with artists like Lady Gaga, Jack White, Robbie Williams, Stereophonics, All Saints, Jools Holland, Wyclef Jean and many more.

Most recently, Jones has served as a coach on five seasons of the BBCs hit series The Voice and a further two series since the show moved to ITV in 2017.