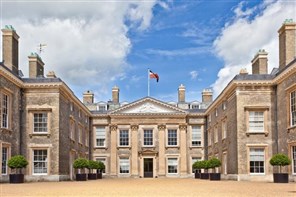 The family home of the Spencers since 1508, and the final resting place of the Princess Diana. Showcasing one of Europe’s finest private collections of furniture, paintings and ceramics.

Family home of the Spencers since 1508, and the final resting place of Princess Diana.

Charles Edward Maurice Spencer, 9th Earl Spencer, (born 20 May 1964), styled Viscount Althorp between 1975 and 1992, is a British peer, author, journalist, and broadcaster. He is the younger brother of Diana, Princess of Wales, and is the maternal uncle of Prince William, Duke of Cambridge and Prince Harry, Duke of Sussex.

Queen Elizabeth II is his godmother. His parents were titled Viscount and Viscountess Althorp, as his paternal grandfather, Albert Spencer, 7th Earl Spencer, was still alive at the time of his birth. Spencer grew up with three older sisters - Sarah, Jane and Diana. Charles' infant brother, John, was born four years before him, but died within hours of his birth. Charles and Diana were very close to each other in their childhood. His parents' troubled marriage ended in divorce when he was four years old. Spencer inherited the title Viscount Althorp when his father became Earl Spencer in 1975

Upon the death of the 8th Earl Spencer in 1992, Charles, Ninth Earl Spencer has been in charge of the House’s 500-year history but has striven in that time to make a positive difference, by taking an uncompromising approach to the continuing wellbeing of Althorp. Visitors are invited to explore this wonderful house, showcasing one of Europe’s finest private collections of furniture, paintings and ceramics, each intriguing room of this magnificent family home has a fascinating story of its own.

From the captivating interiors to the beguiling grounds, Althorp offers a wealth of opportunities for visitors of all ages, and showcases the various interests and passions of those who have lived here over the centuries. Explore the magnificent park, take a stroll through the remodelled gardens and perhaps take the opportunity to reflect by the peaceful Round Oval lake.

Visitors flow freely through the rooms, and have guides positioned throughout the house to give you more information and answer any queries you may have.

In the Stables Block, built by Roger Morris in 1733 in the Anglo-Palladian style, enjoy refreshments in the Stables Café, browse the Gift Shop and explore our seasonal exhibitions.

* Prices shown on Screen Include Entry Ticket. Child: Under 16.