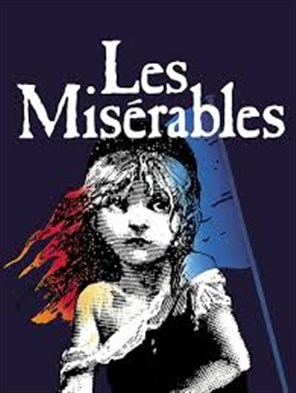 Musical adaptation of Victor Hugo's great humanitarian novel of one man's determined survival in the face of another's vengeful persecution. Set amid the social and political struggles of 19th century France.

Cameron Mackintosh’s acclaimed production of LES MISÉRABLES is coming back to London after playing a major UK Tour .

This brilliant new staging has taken the world by storm and has been hailed "Les Mis for the 21st Century". With scenery inspired by the paintings of Victor Hugo, the magnificent score of Les Misérables includes the songs, I Dreamed A Dream, On My Own, Bring Him Home, One Day Moreÿ, Master Of The Houseÿ, and many more.

Seen by over 120 million people worldwide in 51 countries and in 22 languages, Les Misérables is undisputedly one of the world's most popular musicals. Storm the barricades for a ticket.

With glorious new staging and dazzlingly reimagined scenery inspired by the paintings of Victor Hugo, this breathtaking new production was conceived in 2009 to celebrate the 25th Anniversary and broke box office records throughout the UK followed by productions in North America, France, Canada, Australia, Korea, Japan, Spain, Manila, Singapore, Brazil and Dubai. The production  returned to the Imperial Theatre on Broadway for a run of over 1,000 performances.

Based on Victor Hugo’s classic novel, Boublil and Schönberg’s magnificent score of LES MISÉRABLES  includes the songs, “I Dreamed a Dream”, “On My Own”, “Stars”, “Bring Him Home”, “Do You Hear the People Sing?”, “One Day More”, “Empty Chairs at Empty Tables”, “Master Of The House” and many more.

Generally our tickets for London shows are either in the Stalls or Dress Circle. Each departure date will vary.