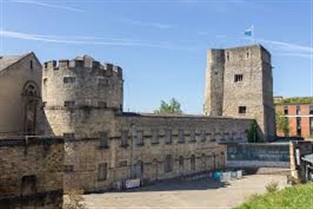 Spend a day sightseeing in this University town of Oxford, The City of Dreaming Spires and visit and explore 1,000 years of history at the Castle and Prison.

Oxford including Castle and Prison

Spend a day shoppping or sightseeing in this University town. Oxford, The City of Dreaming Spires, is famous the world over for its University and place in history. For over 800 years, it has been a home to royalty and scholars, and since the 9th century an established town, although people are known to have lived in the area for thousands of years. Nowadays, the city is a bustling cosmopolitan town. Still with its ancient University, but home also to a growing hi-tech community.

When William the Conqueror invaded England and won the Battle of Hastings in 1066, Oxford Castle was marked by the Normans as the ideal place for a motte-and-bailey castle. Norman baron Robert O’Doyly took it upon himself to build this castle. Over time, our site transformed from a castle into a prison. Today, after one millennia, Oxford Castle & Prison is a visitor attraction with a story to tell.

Led by one of our costumed guides, the fascinating history of Oxford and its castle will be revealed as you…

After your tour, you will be inducted into the castle’s prison and wider site where you will be able to explore at your own leisure. Admission to the castle is by guided tour only.

Drop off at Main bus terminal in centre of the City.